Fun little book post today! Here is a book for each initial of my name. I got this idea from One Book More.

A wonderful, and magical sequel for Abarat.

Candy Quackenbush’s adventures in the Abarat are getting stranger by the hour. Why has the Lord of Midnight sent his henchman after her? Why can she suddenly speak words of magic? Why is this world familiar?

Candy and her companions must solve the mystery of her past before the forces of Night and Day clash and Absolute Midnight descends upon the islands.

U- Unbroken: A World War II Story of Survival, Resilience and Redemption (2010) by Laura Hillenbrand (TBR)

I saw the movie but would like to watch the movie for a deeper perspective.

On a May afternoon in 1943, an Army Air Forces bomber crashed into the Pacific Ocean and disappeared, leaving only a spray of debris and a slick of oil, gasoline, and blood. Then, on the ocean surface, a face appeared. It was that of a young lieutenant, the plane’s bombardier, who was struggling to a life raft and pulling himself aboard. So began one of the most extraordinary odysseys of the Second World War.

The lieutenant’s name was Louis Zamperini. In boyhood, he’d been a cunning and incorrigible delinquent, breaking into houses, brawling, and fleeing his home to ride the rails. As a teenager, he had channeled his defiance into running, discovering a prodigious talent that had carried him to the Berlin Olympics and within sight of the four-minute mile. But when war had come, the athlete had become an airman, embarking on a journey that led to his doomed flight, a tiny raft, and a drift into the unknown.

Ahead of Zamperini lay thousands of miles of open ocean, leaping sharks, a foundering raft, thirst and starvation, enemy aircraft, and, beyond, a trial even greater. Driven to the limits of endurance, Zamperini would answer desperation with ingenuity; suffering with hope, resolve, and humor; brutality with rebellion. His fate, whether triumph or tragedy, would be suspended on the fraying wire of his will.

An interesting mystery, but I didn’t like the main character AT ALL.

Down these mean streets a man must go who is not himself mean, who is neither tarnished nor afraid….He is the hero; he is everything. He must be a complete man and a common man and yet an unusual man.

This is the Code of the Private Eye as defined by Raymond Chandler in his 1944 essay ‘The Simple Act of Murder.’ Such a man was Philip Marlowe, private eye, an educated, heroic, streetwise, rugged individualist and the hero of Chandler’s first novel, The Big Sleep. This work established Chandler as the master of the ‘hard-boiled’ detective novel, and his articulate and literary style of writing won him a large audience, which ranged from the man in the street to the most sophisticated intellectual.

A fascinating testimony on what it means to be a truly successful and virtuous man.

Val Darrant was just four years old the snowy night his mother abandoned him. But instead of meeting a lonely death, he met Will Reilly-a gentleman, a gambler, and a worldly, self-taught scholar. For ten years the each were all the family the other had, traveling from dusty American boomtowns to the cities of Europe-until the day Reilly’s luck ran out in a roar of gunfire.

But it wasn’t a gambling brawl or a pack of thieves that sealed Will’s fate. It was a far more complex story that Val would uncover, one that touched upon Val’s nearly forgotten childhood, the woman who was Will Reilly’s lost love, and the future of a growing country. In the meantime, Val would make sure no one forgot Will-least of all the men who killed him. But he need not have worried, for Will’s enemies were now his own….

A fantastic romance that kept me at the edge of my seat.

Marianne Daventry will do anything to escape the boredom of Bath and the amorous attentions of an unwanted suitor. So when an invitation arrives from her twin sister, Cecily, to join her at a sprawling country estate, she jumps at the chance. Thinking she’ll be able to relax and enjoy her beloved English countryside while her sister snags the handsome heir of Edenbrooke, Marianne finds that even the best laid plans can go awry.

From a terrifying run-in with a highwayman to a seemingly harmless flirtation, Marianne finds herself embroiled in an unexpected adventure filled with enough romance and intrigue to keep her mind racing. Will Marianne be able to rein in her traitorous heart, or will a mysterious stranger sweep her off her feet? Fate had something other than a relaxing summer in mind when it sent Marianne to Edenbrooke.

A charming picture book on loving yourself and creating a personal relationship with God.

Max was interested in helping children understand their value – not from the world’s perspective, but from God’s. Wemmicksville is a land created by Eli, the “God” figure of the story. He creates each Wemmick in Wemmicksville uniquely, each with its own look and personality. Each story and video is a new adventure with the citizens of Wemmicksville. Punchinello is the central character, along with his friends Lucia, Splint, and Chip. When Punchinello strays from Eli, he begins to have problems. Only when Punchinello stays close to Eli does he clearly see how to walk through his life in Wemmicksville.

In this heartwarming tale, Eli helps Punchinello understand how special he is-no matter what other Wemmicks may think. Children will learn a vital lesson-regardless of how the world sees them, God loves each of them just as they are.

Thank you for reading! See you tomorrow.

Feel free to donate! Anything is appreciated. 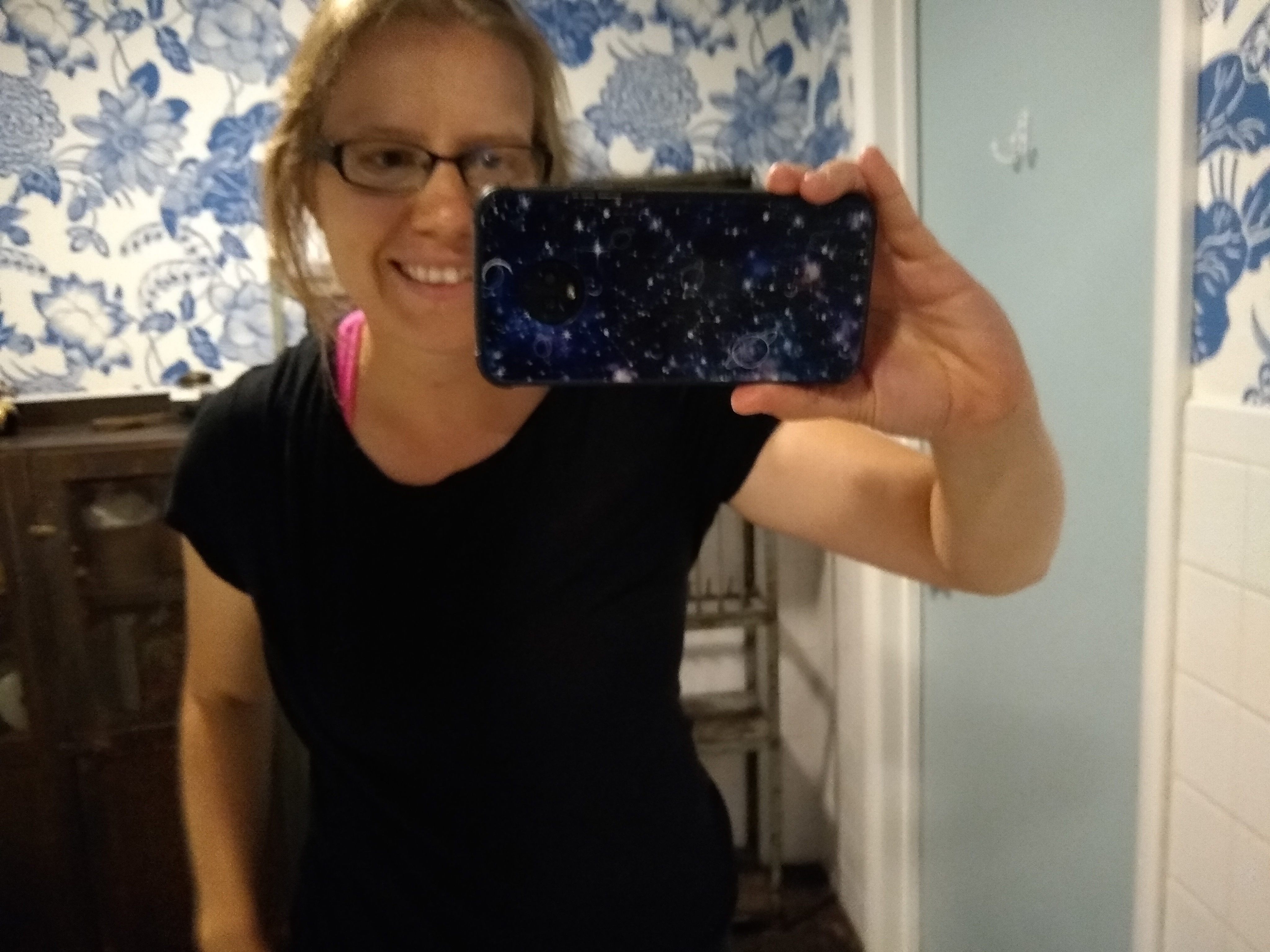 (Me right after doing yoga!)

Theodore Roosevelt once said, “Comparison is the thief of joy.” Thinking on this I have concluded several things.

First, there is a specific paragon, or model, of excellence or perfection which we all visualize. I do not know how it is for everyone, but for me it has always been difficult to see myself as something miraculous when my accomplishments always fell short of someone else. I had above average but never superior grades, I displayed sufficient physical ability but was never good enough for varsity, I was incredibly well read but always fell short in reading comprehension tests, etc. . ..

Honestly, I believed I was average and unspectacular because I never measured up to these ideals of excellence. But really, what was I comparing myself to? Others my age who felt just as insecure and unsure about their abilities as I did. 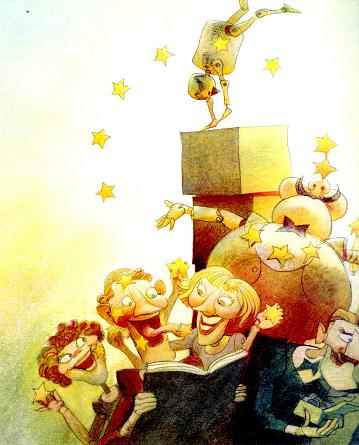 Second, we treat meeting these standards like a race or competition. It is like the story “You are special” by Max Lucado. In it there are a people called the Wemmicks who daily give each other golden stickers for beauty and ability or gray dots for being uglier or less accomplished. For their society, whether one was completely covered in stars or dots, determined an individuals worth. Consequently, the marks made from these stickers caused many to doubt their worth or be consumed by pleasing others.

I believe it is a natural reaction to try and better ourselves, and even more so do measure by comparing our strengths and weaknesses to others. We compete and compete believing if we are the best at chess, can do a specific move, sing immaculately or dress the best we will be accepted. But thinking on it, is it really worth it? In the end, there will always be someone better than us at something.

Third, too often our worth stems from our strengths and if we have weaknesses we assume we have less worth. Elder Uchdorf said in his talk “Forget me Not”,

…we spend so much time and energy comparing ourselves to others—usually comparing our weaknesses to their strengths. This drives us to create expectations for ourselves that are impossible to meet. As a result, we never celebrate our good efforts because they seem to be less than what someone else does.

My mother often quoted Albert Einstein who is attributed to saying, “Everybody is a genius. But if you judge a fish by its ability to climb a tree, it will live its whole life believing that it is stupid.” I know for myself I often felt like that fish. As though I would never measure up because I couldn’t fit into my own expectations.

Fourth, most importantly the good we see in others they can also see in us. One day I sat and wondered, “Am I someones ideal? Do other people wish they were me?” In the moment it seemed ridiculous, but now I am not so sure. 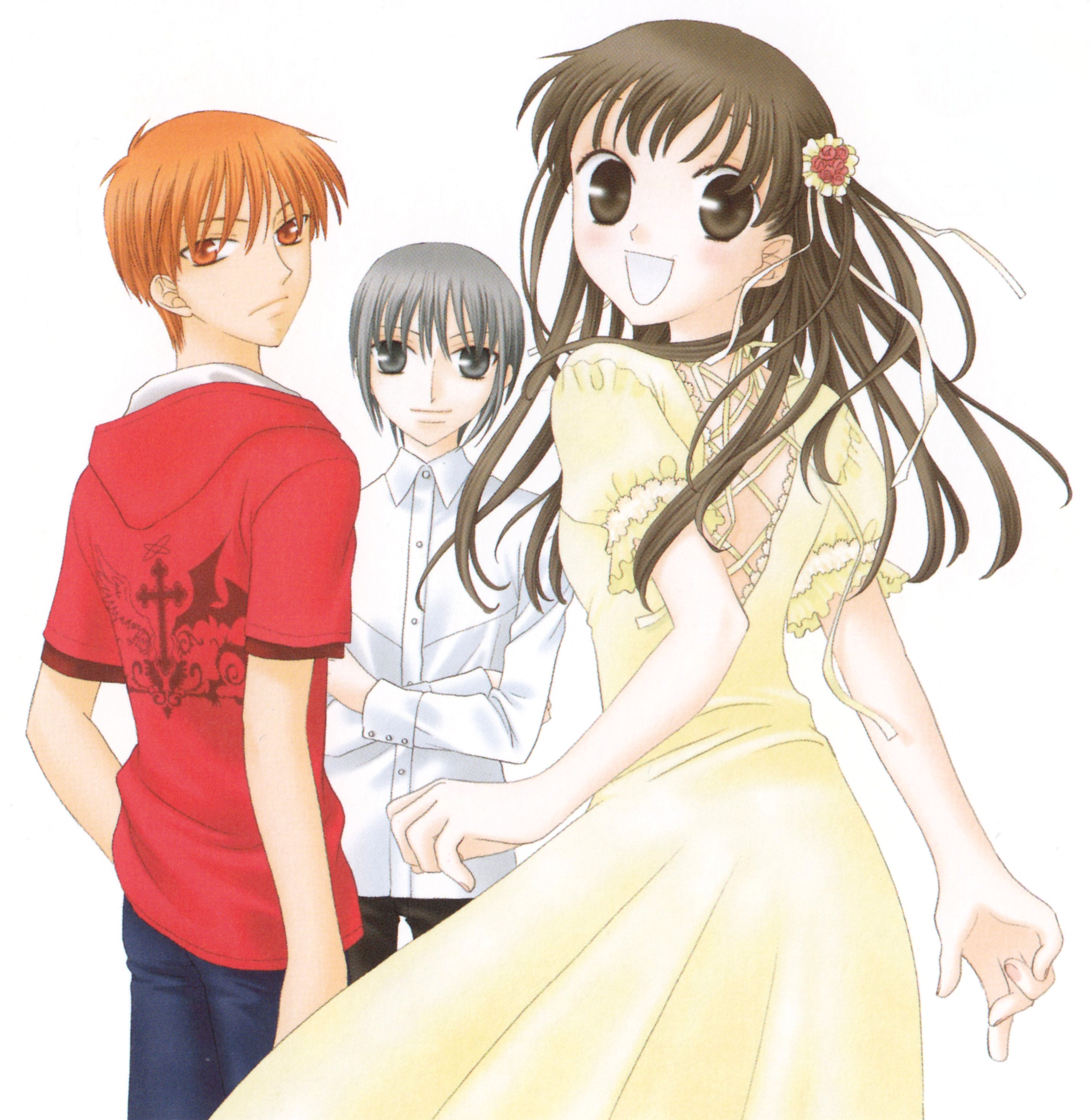 One of my favorite stories is Fruits Basket by Natsuki Takaya. Tohru, wondering how to help two boys who seem lost in their hatred and envy for each other, creates an analogy which I have kept with me for a long time.

If you think of someone’s good qualities as the umeboshi in an onigiri, it’s as if their qualities are stuck to their back! People around the world are like onigiri. Everyone has an umeboshi with a different shape and color and flavor. But because it’s stuck on their back, they might not be able to see their umeboshi. (They think) “There’s nothing special about me. I’m just white rice.” (And I think) That’s not true. There is an umeboshi — on your back. Maybe the reason people get jealous of each other, is because they can see so clearly the umeboshi on other people’s backs.

I often thought of this analogy in Russia, where the unspoken pressure to learn Russian and be “the perfect missionary” was an unfortunate driving force among us. Thinking back on my fears, despairs and silly expectations I wish I could tell myself everything would work out, that I would learn Russian and be able to help a lot of people because of who I was, not because of who I wasn’t. I wish I could say, “Aubrey, focus on your strengths and God will make your weaknesses become strong.”

Lastly, everyone is on the same journey and is experiencing the same things as we are. But despite this, everyone is different.Also from Fruits Basket, Takaya’s character Tohru surmised, “Mom taught me that people’s differences are something to celebrate.” Our path will be different than others, because we are different. Our weaknesses do not demean our worth and our strengths don’t determine who we really.

Thank you for reading my random thoughts. These posts and my goals to see myself better have really helped me and I hope I can help others who are struggling with these same insecurities.