I found this book tag from Marc Nash, and A Little But A Lot while reading The Corner of Laura‘s post. Since I’ve had the most fun filling out lists this past month, I thought I would give this a go! (I would love if anyone tags me for any future book tags.)

The Last Book I Gave Up On

Ashley Poston‘s Bookish and the Beast (2020)

The writing style, characters, and overall set up just rubbed me the wrong way. I fought too hard to get invested and gave up after reading 50 pages.

The Last Book I Reread

Heidi Kimball‘s Where the Stars Meet the Sea (2020)

Though it isn’t the most gloriously written romance, I enjoy going back and reading this book. It has a sweet love story and is a Regency romance so I still find it enjoyable.

The Last Book I Bought

I’m an avid Christie fan and I wanted to read her book Curtain included with this hardcover collectable.

The Last Book I Said I Read, But Didn’t

Though I have re-read the first three books in the Fairyland series, I still haven’t read this one. I will get to it, but for now I kind of pretend I’ve read it to avoid unnecessary questions.

The Last Book I Wrote In The Margins Of

The Book of Mormon Translated by Joseph Smith Jr.

Since I read a few pages of this book daily, I write in the margins all the time. Once I finish reading it, I get another copy and start all over again. I do write and mark all my favorite books. It’s a habit I developed in college.

The Last Book I Had Signed

The only book signing I’ve ever gone to was in Provo, UT for Katherine Arden. I’m really happy I met her and had her sign my books.

The Last Book I Lost

Honestly, I cannot recall any recent books I’ve lost or had stolen. Technically A Monster Calls would work but I found it again fairly recently.

The Last Book I Had To Replace

Fun story, I actual lent my copy of this book to a sibling and it disappeared for years. So, I bought a new one and low and behold a few months ago it popped up again! That’s why it doesn’t count for the previous question really.

The Last Book I Argued Over

Funny thing, I don’t argue over books. I’m pretty respectful of other people’s opinions and feelings about books, movies, and television. To each his own. I do argue about manga quite a bit but that doesn’t apply right now.

The Last Book I Preordered

I don’t pre-order books because too many times I pre-ordered a book and hated, and regretted wasting money. So sad. However! The one time I can think of where I preordered and loved a book was Absolute Midnight. I waited six years for it and it didn’t disappoint!

Thank you for reading! See you tomorrow! 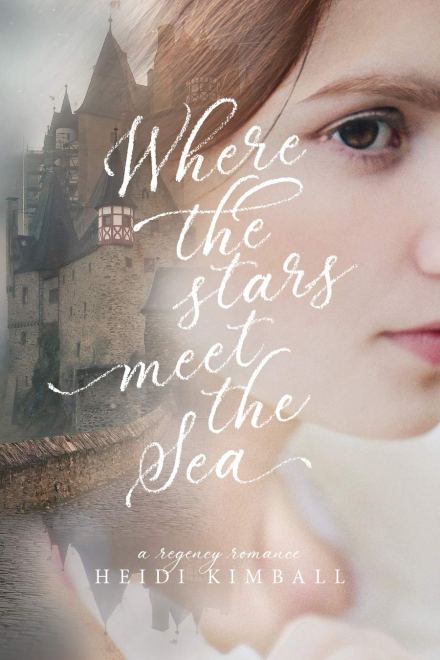 A broken man. A fiery young woman. Neither one’s heart will come away unscathed.

Juliet Graham fervently counts the days until her twenty-first birthday, when she can claim the inheritance that will grant her the freedom she has always craved and the guardianship of her younger brother. Until then, she is trapped under her aunt Agnes’s domineering will. When forced to accompany the family to a house party at Shaldorn Castle, Juliet’s only objective is to keep to herself. That is, until a chance encounter with a boorish stranger stirs up an unexpected whirlwind of emotions in her. Thrown off-balance, Juliet does the unthinkable: loses her temper and insults the man—who turns out to be her unwilling host, the Duke of Halstead. Fully expecting to be sent away, Juliet is surprised when the brusque and callous duke instead takes an interest in her.

Drawn to the duke in unguarded moments, Juliet finds herself more and more intrigued by the man who shuns Society’s rules as completely as she does, and over the next few weeks, their unlikely friendship deepens into a connection neither expected.

But even as Juliet comes to recognize her true feelings, her scheming aunt issues an ultimatum that threatens the future she was just beginning to hope for. Juliet must choose: either break the promise she made to herself years ago, or lose the man who has captured her heart and soul.

Every once in a while, I like to pick up and read Regency-style romance novels. I’m no Austenite by any means, but I do enjoy clearer love stories without confusing ideals and ambiguous morals. Thankfully, many like-minded individuals in this world also think this way.

This particular novel is one of many Regency themed books by Heidi Kimball. I enjoy revisiting this book every once in awhile partially because of the setting and pacing. It isn’t the best romance I’ve ever read, but it has a great setup and happy ending.

Where the Stars Meet the Sea develops really fast. The one criticism I have against Kimball’s writing style is she tells before she shows. Anthony Elhers described visual storytellng this way.

Visual storytelling helps you show and not tell.

If you can show the world of your characters, the story becomes relatable and you create empathy in the reader.

The story world that you have created becomes realistic and believable to the reader. Similes, metaphors, and other imagery can make the story less complex and more fascinating.

Many times throughout her book, Kimball struggled to portray pivotal emotional moments because her narrative lacked imagery in her writing. There are so many ways to show emotions in a story other than having the characters simply talk about them.

Other than this, I found this story very sweet and the romance emotionally mature.

The heroine Juliet Graham’s story arc is a fairly familiar one. She is fiery, opinionated, and values honesty. There were times I didn’t quite understand her reasoning or reactions. Oftentimes, she expected too much of the Duke of Halstead emotionally, especially considering they had only known each other maybe two weeks. Her temper also got the better of her a few times and created unnecessary drama between her and the Duke. Then again, this just means she was human. Other than that, I think she is an interesting character.

I liked how Kimball also illustrated Juliet didn’t have to choose her cousin Robert just because he had romantic feelings for her. It didn’t mean he wasn’t important to her or he was a bad person. He was just not right for her. That is how it turns out in everyday life. Sometimes we fall in love with someone who doesn’t reciprocate. Other times others have feelings for us, but we don’t feel the same.

The Duke was your typical male lead, physically and emotionally hurt in need of a strong push in the right direction. I did like how Kimball pointed out what physical pain and trauma are like. Sometimes needed healing doesn’t come for characters like Halstead. Several times he pointed out he was in constant emotional or physical pain in varying degrees. Because of this, he did not want to marry and burden another person with that kind of pain.

I am not a man, but I can understand why this must have been hard for Halstead. Opening up emotionally is especially hard for men sometimes because our culture promotes stoicism over sensitivity.

Who is this book for?

If you love Jane Austen classics like Sense and Sensibility and Persuasion, Sarah Eden‘s Regency Romances like Seeking Persephone and As You Are or Julianne Donaldson‘s books like Edenbrooke and Blackmore you will like this book! Its a nice, clean romance and easy to read.

Juliet Graham: ‘Your Grandmother is right. The accident has taken enough from you. Why have you resigned yourself to being alone?’ A slight tremor shook my voice.

He gave me a hard look. ‘What woman would want to marry a man with such an injury? And why would I subject her to a life full of my pain, my limitations?’

. . . I swallowed against the ache forming in my throat. ‘Perhaps if the burden of pain were shared, it might ease.’

Heidi Kimball, Where the Stars Meet the Sea

Thinking about it, if I name any of my favorite quotes I’ll ruin the story. So that is it for today! See you tomorrow!