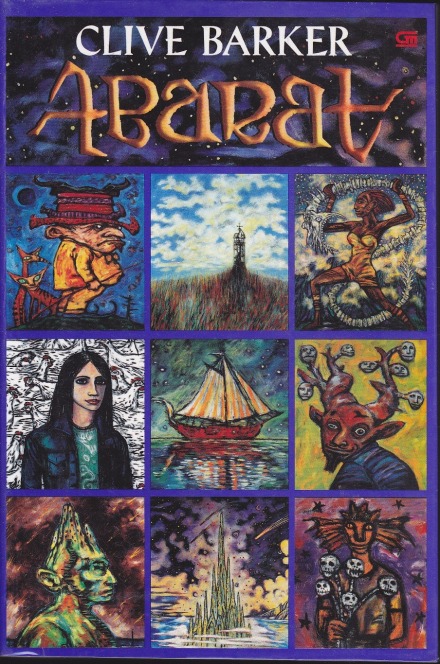 Candy lives in Chickentown USA: the most boring place in the world, her heart bursting for some clue as to what her future may hold. She is soon to find out: swept out of our world by a giant wave, she finds herself in another place entirely…

The Abarat: a vast archipelago where every island is a different hour of the day, from the sunlit wonders of Three in the Afternoon, where dragons roam, to the dark terrors of the island of Midnight, ruled by Christopher Carrion.

Candy has a place in this extraordinary world: she has been brought here to help save the Abarat from the dark forces that are stirring at its heart. Forces older than time itself, and more evil than anything Candy has ever encountered.

Since I was fourteen, I have reread Clive Barker’s Abarat countless times. Though I am not a fan of Barker’s horror books like Imajica, The Damnation Game, or Books of Blood, I thoroughly appreciate his creativity and artistry in Abarat and its two sequels. Almost every book page in Abarat has Barker’s handpainted artworks. Even as a young teenager, I knew this book was extraordinary.

Clive Barker is a unique artist and author. I secretly have a German soul, so his darker children’s stories appeal to me. This style fits the quirky, dark atmosphere of his books as well as its other-worldly magical tone. Though it is not a horror novel, Abarat does have its fair share of creepy characters and moments.

This story blossoms like a fantastic dream. The atmosphere and world Barker builds are beautiful. Having broken this story down countless times, I’ve come to really appreciate how Barker used contrasts in his artwork, prose, and characterizations. These polarized themes appear often throughout the story. Much like Romantic authors and artists of a bygone time, Barker portrays the fight between good and evil like a well-balanced dance.

The characters are just as colorful and dynamic as Barker’s artwork. Since, this story takes place in such a rich world, it is fitting to have characters who match its extraordinary atmosphere. I’ve always admired the story’s heroine Candy for her curiosity, bravery, and kindness. Her character growth comes mostly as she opens herself to new people and learns to value herself. She carries a lot of emotional scars because of her abusive father, but it is not the defining aspect of her character.

Carrion is a captivating villain with diverse motivations and character development. Finding Candy was never about stopping her from thwarting his plans for Absolute Midnight but about filling the deep ache he feels after being spurned in love.

There are so many other amazing characters spread throughout this book and the sequels like Malingo, the villainess Mater Motley, and The Woman Fantomaya. Honestly, if I talked about all of them I would ruin the reading experience.

Who is this book for?

Clive Barker fans would definitely appreciate this book for the artwork alone. Others I can think of would be fans of books like Neil Gaiman’s The Graveyard Book (2008), Victoria Schwab’s Cassidy Blake series, or Holly Black’s Doll Bones (2013). If you love colorful, unique artwork, creepy stories, or traditional good versus evil stories this book is for you!

Three is the number of those who do holy work;

Two is the number of those who do lover’s work;

One is the number of those who do perfect evil

Perhaps a wiser eye than hers would be able to read tomorrow in tonight’s stars, but where was the fun in that? It was better not to know. Better to be alive in the Here and the Now–in this bright, laughing moment–and let the Hours to come take care of themselves.” 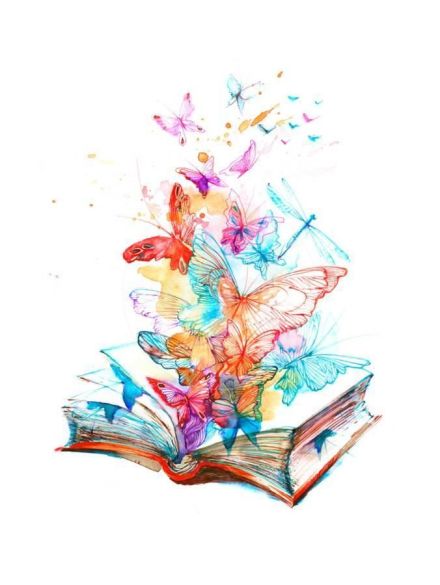 I’ve been excited about this post for several weeks! For February, I wanted to focus on my yoga practice and the lessons I learned from exercising throughout the month. March will be all about books!

Usually, I talk a lot about animation, silent movies, and TV Shows. This is fitting because I love studying film. But before I loved researching cinematography, I fell in love with reading. I actually read more books than I watch movies and TV shows. ( I also own over 600 books. For now.)

However, as many who have looked through my blog might have noticed, I don’t write book reviews very often. Such a travesty! But it is also understandable for several reasons.

Despite all these things going against me, I’ve resolved to write about a book a day this month! All the amazing book bloggers I follow inspired me to extend my writing repertoire. Maybe this will be the month I change my tune!

Thank you for reading! Look forward to a month of book reviews! If you have any book recommendations, feel free to send them to me in the comments.